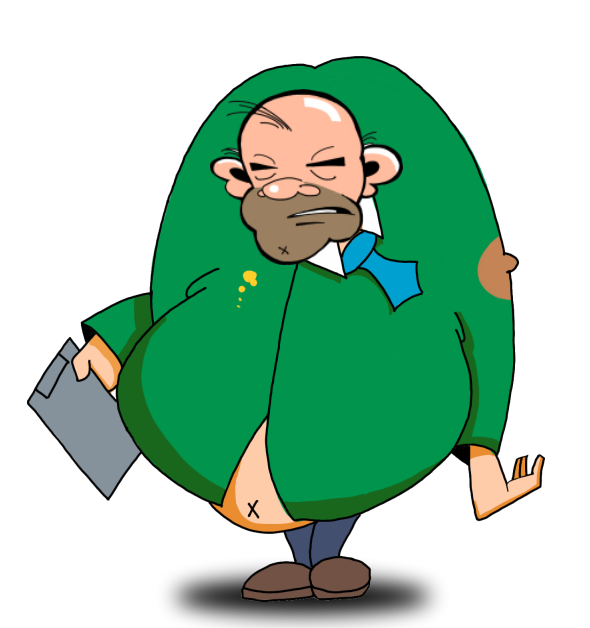 Ray Battlesbee is the main antagonist and title character of THE AUDITOR, and works as an ISO  9001 and AS9100 Lead Auditor for NQF International.

Ray has worked for NQF for over a decade, and his explanations of prior work are ever-changing. He has claimed that he started in the quality assurance field as Director of Product Assurance for NASA “15 years before NASA was invented,” and later was voted the US Marine Corps’ “most valuable civilian asset.” He claims to have cured ass cancer, solved pi, invented childbirth, visited the moon, and won the ASQ award for “Most Professional Person Alive.” It is likely that none of these claims are true.

He did apparently play Chorus Member # 3 in his high school’s production of Lysistrata.

Ray frequently discusses things he clearly knows nothing about, but does so with complete confidence. At other times, he admits to being confused by the text of ISO 9001, and asks ANAB witness auditor Dale Carcinogen for help.

He openly espouses racist views and makes sexist comments during audits, ignoring all rules and procedures for professionalism. He frequently insults his client, Alex Mendes, and likes to call him by women’s names, like “Doris.”

Ray wears a green sweater with leather elbow patches to prove he’s smart. He typically carries a clipboard, and writes his nonconformities in red pen, like a dick.

THE AUDITOR creator Christopher Paris modeled Ray on a real-life auditor he encountered in Arizona, who would show up during audits with a green sweater, typically buttoned incorrectly or worn in reverse. That auditor openly blurted racist comments during audits, and incessantly boasted about his own accomplishments. the majority of things that Ray says in the strip are based on actual comments or events witnessed by Paris in real ISO 9001 audits. 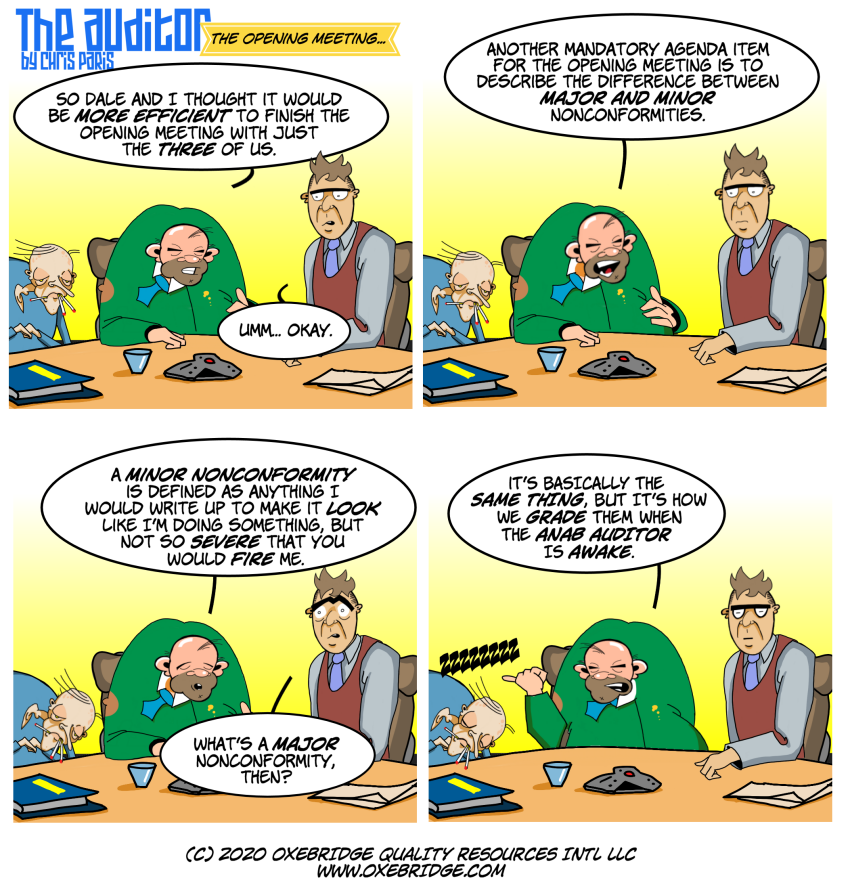