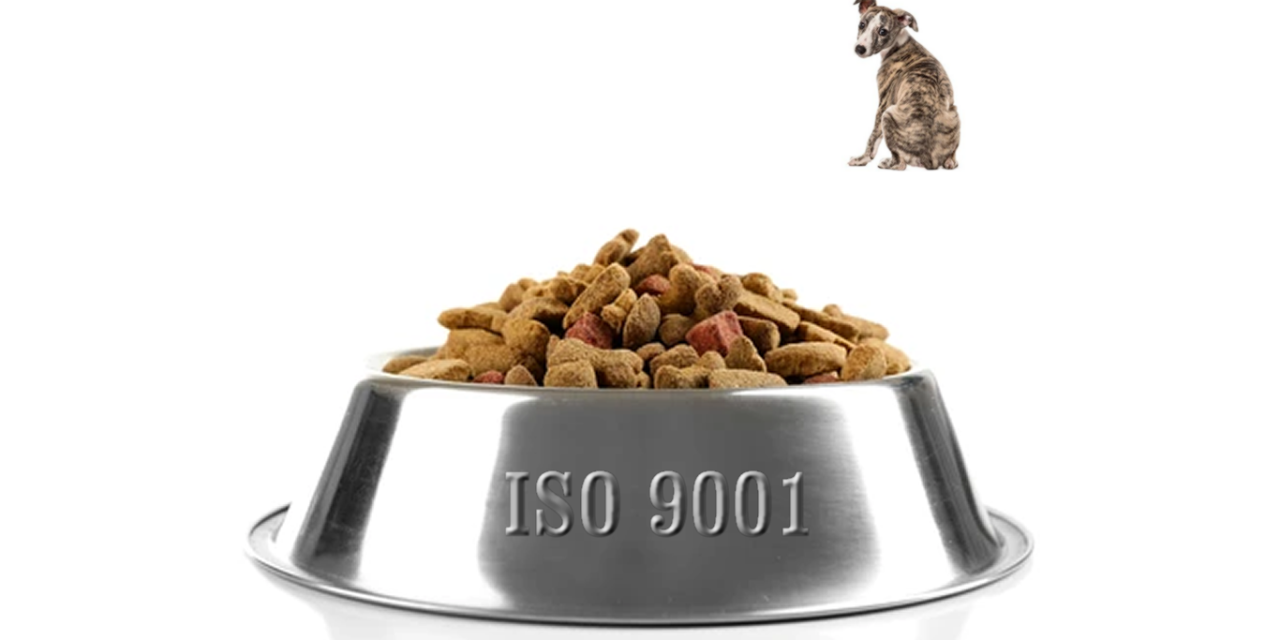 Over at LinkedIn, Paul Simpson is posting some stuff suggesting that ISO 9001 certification bodies (CBs) comply with ISO 9001. It’s a good idea on the surface, but it’s coming from bad intentions: Simpson worked for five minutes at SAI Global, and that didn’t end well, and he’s harbored a grudge against CBs ever since. Worse, Simpson — who has now been elevated to head TC 176 SC 2, the subcommittee which will write the forced “early revision” of ISO 9001 — has taken a position that his baby (ISO 9001) can solve any problem, even for the CBs. Simpson appears to forget that CBs are already required to comply with ISO 17021-1 which includes the QMS requirements of 9001. Whatever.

So let’s spin that around. What if TC 176 itself were required to comply with ISO 9001?

Technically, they are. Sorta. The ISO Central Secretariat holds ISO 9001 certification, in a weird, incestuous arrangement that reeks of Flowers in the Attic. But most would argue that doesn’t flow down to the TCs, even though it probably should. (I’m told that about 7 years ago, TC 176 tried to launch this by writing a Quality Manual, and then abandoned the effort.)

So what would it look like if TC 176 actually ate its own dog food, and fully complied with ISO 9001? Let’s take a look.

I’m not really interested in following the ISO 9001 clauses in order here, but TC 176 would first have to do the “COTO” work (context of the organization) and identify its processes before they started anyway. So no matter what, TC 176 would have to tackle Clause 4 upfront.

Ironically, this would cause TC 176 the most grief. (Maybe that’s why they abandoned that Quality Manual.) Clause 4 asks the user to identify their stakeholders and the concerns of those stakeholders. The intent is that you will then use that information to understand what, exactly, “quality” will mean for you, and thus, what your QMS should encompass.

This means TC 176 would be forced to reckon with something it never dares speak of: who the users of ISO 9001 really are. ISO has resisted this — even though the answer is obvious — because they don’t want to alienate its industry partners, such as the IAF, CBs, and accreditation bodies. Obviously, to anyone with a functioning brain stem, the prime stakeholders of TC 176 are the people who buy the standard, and then use it to craft their QMSs. But many in ISO have argued that the actual users are the CBs, or the auditors, or prime manufacturers. Well, that’s fine, you can add them, too.

So, yes, TC 176 might have a complex list of stakeholders when it’s done. But they’d have to recognize that their primary stakeholder is the person who buys ISO 9001 and then uses it to craft a QMS.

With that done, then TC 176 would have to fully step into the abyss: it would have to address the “issues” and “requirements” of those stakeholders. And that is something TC 176 in general — and Paul Simpson in particular — will never, ever do.

Those issues may include things like “keep the standard simple, and easy to understand,” or “don’t repeat requirements throughout the standard,” or “adhere to results of ISO user surveys.” These are all things that run counter to the Simpson Business Model (called the “Lorri Hunt Model” in the US) which is to make the standard as confusing as possible in order to sell books and consulting services later.

It would also force TC 176 to confront the mothership. No longer would ISO’s Technical Management Board (TMB) be allowed to impose mandatory text in violation of long-standing rules which state that ISO standards may only be written by subject matter experts delegated by official ISO member nations. TC 176 would have to reject the “Annex SL” text outright, or — at least — heavily edit it to make it workable within the scope of quality management. But Simpson has gone all-in on blindly supporting Annex SL, because it means he doesn’t actually have to do any work writing the standard, but can take credit for it later.

But any COTO work would have to address these two elephants in the room. The end result would be a shifting of TC 176’s priorities, back to the actual users of the standard, and away from slavish adherence to ISO bureaucrats and marketing department goons.

Finally, TC 176 would have to identify and manage its processes. I envision only a few core processes for them (Requirements Review, Training, Resource Management, Standards Development, and Continual Improvement), so the list wouldn’t be vast. But each one of those would then have to be supported by KPIs or metrics of some sort. Again, this would require TC 176 to be self-critical, something Simpson and his gang are allergic to.

Beyond the COTO and process approach stuff, TC 176 would then have to define the roles of its leaders, and ensure they took responsibility for their work. This might be an easier sell: TC 176’ers love taking credit. They don’t like taking the blame when things go wrong, however, so this might not end up as they expect.

Those leaders would then have to implement all the supporting planning activities and resources needed for the QMS. Not a particularly heavy lift here.

The biggest challenge? Training programs for standards developers and committee members. What we see now in ISO 9001:2015 is a standard written partially by the TMB, and the rest written by people who have very little experience in writing actual standards. The result is a confusing mess, where (again) requirements are repeated, entire clauses are “blank”, and terminology is grossly inconsistent. (In just one sentence along, ISO 9001 refers to internal auditing as a “process,” then a “program.”)

Now, TC 176 couldn’t fully train every international delegate who shows up at meetings. But they could tackle this in two stages. First, they could implement a robust training program for its committee chairs and leaders — something, by the way, they are already supposed to have. Then, implement a simplified training program for all committee participants. Again, they are supposed to have this already, but instead rely on a “mentor” approach that doesn’t work. (In reality, they don’t actually do it.)

Imagine a short, 1-hour video on how standards are supposed to be developed? Imagine providing members the official ISO rules on standards, content, conventions, etc. (These exist.) Again, not a heavy lift, but more work than what they’re doing now.

For the “Operation” clause, TC 176 would be forced to put in key controls in its standards development process(es). Much of this clause might not apply, since TC 176 isn’t making widgets, but a few big hurdles come to mind.

TC 176 would have to ensure it stuck to its procedures on standards development. The current “fly by the seat of our pants” method wouldn’t work anymore. Of course, managing a set of international delegates is like herding cats, so the ultimate responsibility would fall on the leadership to develop methods to take the wide-ranging feedback and participation by delegates and turn that chaos into something manageable. It’s entirely do-able.

They’d also have to perform some sort of quality checks. Now Simpson may have claimed that “ISO 9001 doesn’t require inspection,” but he’s wrong. The standard still requires inspection, they just call it “planned arrangements.” But whichever word is used, TC 176 would have to review its work before delivery. That means using editors.

One of the worst problems of ISO 9001:2015 was that it was rushed and never underwent any editing. Again, this led to all sorts of confusing wording, improper phrasing, and even contradictory requirements. They never had an editor review the thing! If TC 176 were to engage in reviews and corrections, the final standard would be infinitely more accessible, more easily understood, and generally a much better end product.

Finally, TC 176 would have to truly eat its own dog food, not only actively listening to feedback, but aggressively going out to obtain it. Then, they’d have to do the unthinkable: act on it.

ISO does a lot of performance theater pranks, like its “User Surveys,” which it routinely then throws out. In the end, the content of ISO 9001 is determined largely by Dick Hortensius of the TMB — who sneered at standards users, saying they “don’t have a clue” — and then a handful of others like Nigel Croft and Jose Dominguez. Maybe a total of five people actually write the literal text (I’m not kidding.) The rest of the work done is related to performative “voting” and meaningless meetings… but meetings held in tropical resorts, with free booze!

To comply with ISO 9001, that would all change. TC 176 would have to develop formal action plans to address the feedback, and then actually execute those plans. Again, this would result in a better standard, but it would quickly neuter the roles of those key folks like Simpson and Hortensius and Croft. They’d lose their stranglehold over the international delegates.

Particularly problematic for Simpson: he’d be forced to engage with users without attacking them, or calling them “trolls,” or accusing any critic of publishing “fake news,” or generally being a self-absorbed asshole. Simpson would have to endorse and enforce the collection of user feedback, and the resulting corrective action plans. In reality, Simpson probably wouldn’t survive the journey; he’s not an ISO 9001 user because he can’t be; it’s against his nature. He’d likely have to be replaced.

And, of course, TC 176 would have to engage in robust management reviews to ensure the entire thing wasn’t off the rails. I suspect asking those to be genuine, thoughtful exercises might be a bit much, but one can hope.

The cry of dissent most likely to be shouted by TC 176’ers is that all of this is too much. “We’re unpaid volunteers,” they like to remind everyone, even though it’s entirely disingenuous. These folks are the most well-paid volunteers of all time.

But it’s all moot. As TC 176 will tell you now (since they don’t have to comply with it), ISO 9001 is for everyone. Including not-for-profit and volunteer organizations.

So when it comes to selling ISO 9001, TC 176 is all about telling volunteers it can apply to them, sure. Well, then, fine: that means TC 176 has no excuse for implementing a QMS for itself.

Will they do it?

Whereas the crop of committee participants back in the 1990s and 2000s was adequate, and not yet fully infected by the “consultant class,” the Simpson/Croft/Hunt Era committee members are nearly all consultants. Worse, they have no understanding of how to write standards, and are happy to let Hortensius and the TMB do it for them. They are awash in conflicts of interest, intellectually lazy, and hopelessly incompetent. They serve only themselves and their private consulting practices, and if ISO 9001 is a garbage product that is made in violation of published ISO and WTO rules for development, well, whatever.