No, Oxebridge is Not a Satanic Hacker Drunken Suicide Cult 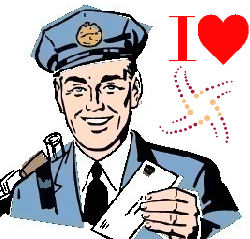 It’s not easy being the accidental reformer and whistleblower in the ISO certification industry. Over the past decade and a half, we’ve been called a lot of things, and accused of a lot of crimes. The partial list now includes:

Even a casual web search shows where these accusations are coming from, so you’d have to be pretty blind not to see what’s going on. Thanks to Google’s negative-tilted algorithm, these things show up faster than all the good things people have said about Oxebridge over the years.

Where can you get a sampling of the good stuff that Google ignores? Right here, of course! Check our Fan Mail page to see that there are plenty of people in the world who do not think Oxebridge is a Satanic suicide cult run by the Antichrist which is on the run from the FBI because they hacked the entire US Federal court computer network to send spam while on a drunken rage.

For my role it was a requirement for me to achieve 9001:2015 lead auditor status, I found this task quite daunting, but fortunately my results came through yesterday and I passed. During the exam a few questions came up, particularly around risk and opportunity, and I was able to remember my understanding of knowledge I gained from your website.

Your online resources are awesome! I have worked on quality systems for 5 years now, and i am currently working on implementing my first quality system. Your resources have been a huge help to me, and I just wanted to say thanks! Keep doing what you’re doing!

Just found your website and love it. The real analysis of the joke that is ISO and industry as a whole is wonderful. The Eyesore 9000 was a blast to read.

Having to “think ahead” about the “new” revision of ISO 9001, I decided to do some searching and found your three “Risky Business” segments.  After 25 years of consulting and another 30 years of managing large firms, I found them the most enlightening that I’ve seen in years.

I’ve been following your blog and the discussion on Linkedin and you are asking some critical questions that we in the industry have not provided unbiased answers. I hope that you are not silenced because we need outside input such as yours.

It gives me great pleasure to be writing to your good self and expressing my happiness on your efforts in bringing the facts to the limelight. Got to read the “Public Call” and the subsequent discussions in various websites. I always read your posts on linkedin with great interest. I really wish, that your efforts definitely bring about a positive change.

I read Eyesore 9000 and the updated version, 9001, and just wanted to say, What fun!  Thanks for the laughs.  I’m working on preparing a small company for AS9100 certification.  To say it’s been a major struggle is really an understatement, so I really appreciated Eyesore’s witty perspective and the comic relief.