The German accreditation body DAkkS opened a formal complaint investigation into TUV Nord Middle East, and then promptly closed it based on unsubstantiated claims by TUV that they were working on the problem.

In April 2021, Oxebridge filed a complaint with TUV NORD alleging corruption and conflicts of interest due to its Middle East office simultaneously being operated by executives of a consulting company, FAHHS. Oxebridge provided multiple examples where FAHHS consulting clients were then certified by TUV NORD, in violation of ISO 17021 rules against conflicts of interest.

The complaint was processed by TUV NORD’s headquarters in Germany, which then provided a single update on 5 May:

This is to inform you that we have seriously investigated your complaint and taken appropriate actions, including notifying the accreditation bodies. 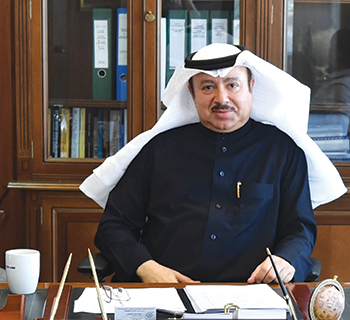 Oxebridge replied that the response was wholly insufficient, as it lacked any evidence that the problem had been resolved. In fact, marketing continues to show FAHHS operating as the official TUV NORD office in the region, and no changes have been made.

TUV ignored this response, and so Oxebridge escalated the matter to DAkkS, which is tasked with accrediting TUV NORD.

On 30 June, DAkkS responded by claiming they had already closed the issue, based on nothing more than having contacted TUV NORD for their comment. While DAkkS claims TUV NORD is still working the issue, DAkkS closed the complaint regardless. Following an industry-standard method for avoiding accountability, DAkkS then cited “confidentiality “as the reason for lack of transparency.

… we have contacted the body to ask for a statement to your complaint and to initiate immediate measures to fully clarify the facts. The body informed us that first urgent measures were taken immediately after receipt of the complaint. In addition, investigations are still ongoing due to the complexity of the complaint. We ask for your understanding that we are not allowed to give you any further information on these measures due to the confidentiality of the accreditation proceedings.

Finally, we can inform you that we will be constantly informed about the further processing of complaints by the certification body and that we will review this process as part of the accreditation procedure. As further processing is now being carried out under the management of our division for Systems of certification and verification. Therefore, we formally close the complaint case with this answer.

Oxebridge has rejected DAkkS response, calling it complicit in the corruption alleged in the original complaint.

The full DAkkS response may be read here.

In reality, it appears the only action taken by TUV NORD to date was to update the FAHHS website to obfuscate references to TUV NORD, although the URL for the website still remains as “fahsstuv.com”. In celebration of Eid Mubarak in May, however, the company released a greeting using both logos, revealing that no actual changes took place related to the ownership of FAHHS by TUV NORD. 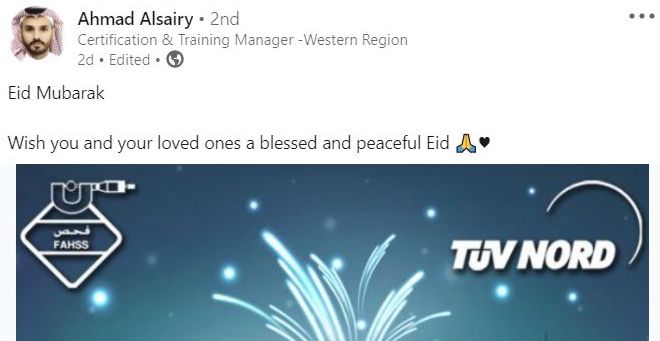 Saudi executive Jamal S. Al-Baeejan still lists himself as CEO of both TUV NORD and FAHHS on his LinkedIn profile. Oxebridge is exploring legal avenues to pursue corruption charges against Baeejan in KSA. (See Update below.)

The matter will be escalated to the IAF regional body, EA, and to German government regulators who oversee DAkkS. DAkkS is obligated under EU regulation EC No 765/2008, and under the German law “AkkStelleG,” to conduct its duties with impartiality and integrity, and not allow corruption to fester in the ISO scheme. Oxebridge alleges that DAkkS’ recent failure is thus a violation of both EU and German law.

The EA is unlikely to side against DAkkS, as EA has routinely proven to be the heart of much of the corruption within the ISO scheme in Europe. EA previously ignored allegations of bribery and corruption related to Quality Austria, forcing Oxebrdige to take the matter before Austrian courts; that case is still underway.

The IAF and regional bodies, such as EA and APAC, are tasked with overseeing the integrity of the accreditation of ISO certifications worldwide. Instead, they appear to operate a “protection scheme” in which they help shut down formal complaints and allegations of fraud as a part of the services covered by their membership fees.

UPDATE 5 July 2021: Jamal S. Al-Baeejan has written to claim he is retired since April 2020, and that the LinkedIn profile still listing him as CEO is operated by FAHHS and not him. He furthermore claimed:

I personally do not have any responsibility to the allegations made in your site it is not my own company i was only employee working under the guid of board of directors and do not have any information more than I have already conveyed and if you have any issues contact the board of Fahss/TUV Nord not the Retired employee.

He then provided the name of the current CEO, Saleh Al Suwaiti. He then demanded that his name and photo be removed from the above report.

Oxebridge confirms the TUV/FAHHS relationship pre-dated Al-Baeejan’s retirement, and occurred while he was CEO. Oxebridge will continue to pursue corruption investigation into his role — and, now, that of Al-Suwaiti — with officials in KSA.